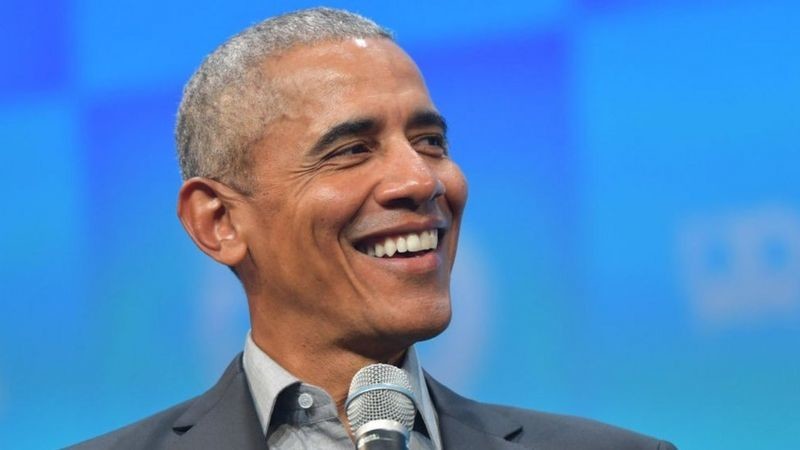 Obama: (...) If you think about populists from the past, someone like Huey Long—he wasn’t from the right; he was a classic populist, rooted in the earth; he knows the lives of the people he is rallying; he genuinely understands them. I guess I would not have expected someone who has complete disdain for ordinary people to be able to get attention and then the following from those very same people.

I guess I’m also surprised by, and this is not an original thought on my part—but I think about the classic male hero in American culture when you and I were growing up: the John Waynes, the Gary Coopers, the Jimmy Stewarts, the Clint Eastwoods, for that matter. There was a code. This is something I always emphasize. I may be African American but I’m African and American. This is part of me. The code of masculinity that I grew up with that harkens back to the ’30s and ’40s and before that—there’s a notion that a man is true to his word, that he takes responsibility, that he doesn’t complain, that he isn’t a bully; in fact he defends the vulnerable against bullies. And so even if you are someone who is annoyed by wokeness and political correctness and wants men to be men again and is tired about everyone complaining about the patriarchy, I thought that the model wouldn’t be Richie Rich—the complaining, lying, doesn’t-take-responsibility-for-anything type of figure.

I think that indicates the power of television in the culture that sometimes I miss because I don’t watch a lot of TV. I certainly don’t watch reality shows. And sometimes I’d miss things that were phenomena. But I thought there was a shift there. I write about it to some degree. I actually have great admiration for a lot of those traditions, what were ascribed to be masculine qualities. When you think about the Greatest Generation, you think about sacrifice. (...)

Goldberg: Do you hold the companies responsible?

Obama: I don’t hold the tech companies entirely responsible, because this predates social media. It was already there. But social media has turbocharged it. I know most of these folks. I’ve talked to them about it. The degree to which these companies are insisting that they are more like a phone company than they are like The Atlantic, I do not think is tenable. They are making editorial choices, whether they’ve buried them in algorithms or not. The First Amendment doesn’t require private companies to provide a platform for any view that is out there. At the end of the day, we’re going to have to find a combination of government regulations and corporate practices that address this, because it’s going to get worse. If you can perpetrate crazy lies and conspiracy theories just with texts, imagine what you can do when you can make it look like you or me saying anything on video. We’re pretty close to that now.